Muscle-Car Mad Scientist Has a Home Full of Mopars 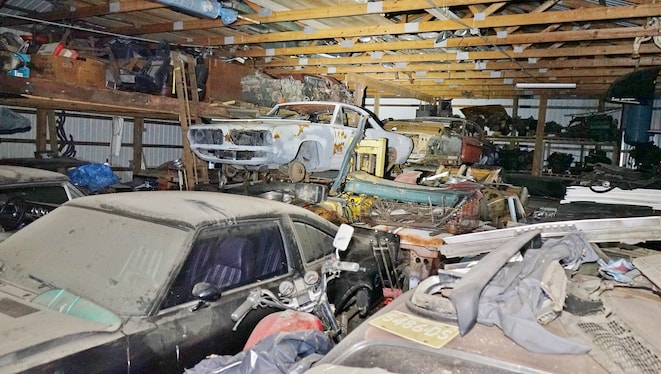 Years ago, I came across a gentleman who could be considered a mad scientist (Automotive Archaeology – Mopar Mad Scientist’s Michigan Garage). He took big-block Mopars and made them into two-cylinder trike engines, Mopar long-ram intakes into a 1969 Chrysler Newport, a first-gen Hemi into a Dart, and so on—a variety of weird, cool projects. I was finally able to arrange a visit to his home, where a majority of his projects sat. 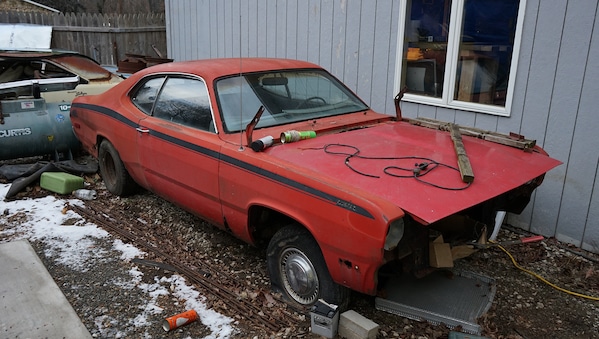 On the way to his storage barn, there were a few Mopar A-bodies, including an original 1972 Plymouth 340 Duster. Inside, I was greeted by a 1970 Plymouth Satellite (with Road Runner taillights), and things got crazier from there: grilles and taillights in the ceiling, walls of engines, and cars from just about wall to wall. And when he ran out of floor space, he started stacking them on top of each other. He made supports that he would hang cars from—over other cars. There was a 1967 Barracuda and a 1965 Coronet perched over a Road Runner and a variety of parts.