I have owned my 1967 GTO convertible for almost 35 years now. It is an all numbers-matching car and highly optioned, with power steering, power brakes, factory air conditioning, power windows, a Dual-Gate automatic, an AM/FM/eight-track player, a posi, an N.O.S. wood steering wheel (found in a box in the trunk), a tilt wheel, Rally gauges, trunk release, buckets with headrests and passenger recliner, and even a lighted ignition switch.

It has most of the original factory sheetmetal. When it was restored in 1981, I replaced the front fenders and tail panel with N.O.S. GM pieces. It even has all the original tinted glass.

My future wife and I found it at a local car show when it was for sale. I told the owner that I would be by the next weekend to drive it. 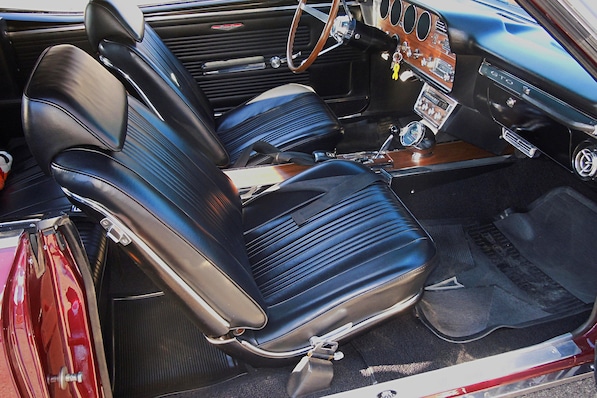 I drove it and told him I would let him know. As we got into our car to go home, when the radio was turned on, it played “Little GTO” by Ronnie and the Daytonas!

My future wife screamed that this was a sign! I went around the block back to the GTO’s owner. Gave him a check for $100 and said I would be back the next weekend with the money, please have all the keys and title ready for me.

The rest, as they say, is history.